Sonja Blum on 2021-10-05
"Low code" refers to development environments in which applications can be created with "little code". In concrete terms, this means that an app can be largely or completely defined using visual elements instead of programming code. Instead of defining and implementing the data model using the ER model ("entity relationship model") in SQL, individual data sets can be linked intuitively using links. The data model and the databases are then automatically adapted accordingly, without the developer having to worry about it further. For the user interface, input fields can be clicked together and buttons with various actions can be stored. This is the vision of low-code development. 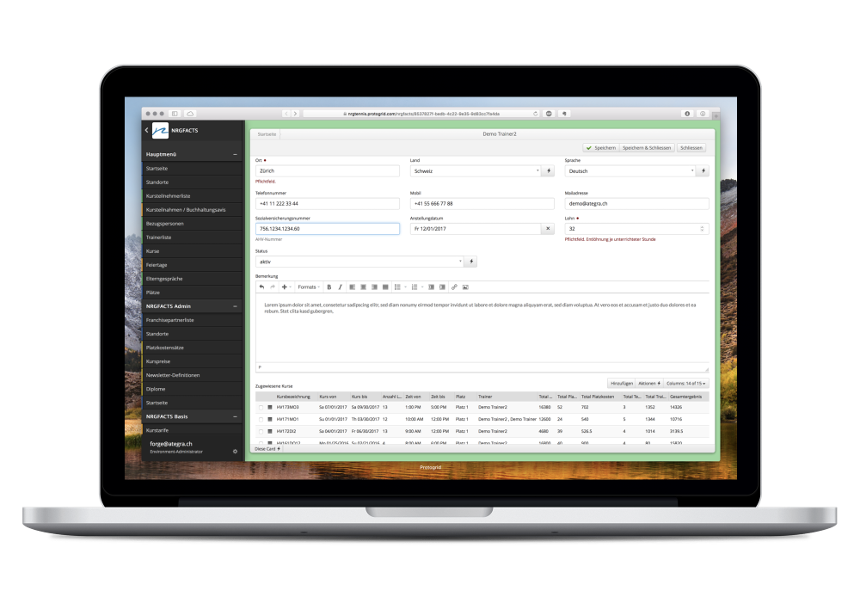 Low code pursues the following goals: Simple development, agile adaptation, mobile access, automatic software distribution and simple maintainability. These goals bring several advantages: But does this promise stand up to a meeting with reality? With our low-code platform Protogrid, we have implemented a medium-complex application. We recorded this development and compared it with a conventional development. In order to make a fair comparison, we performed a function point analysis. The customer requirements resulted in 3450 function points.

But are such investments really worthwhile in the end? Just because something is fast and cheap now doesn't mean you have to buy everything, does it? In another development project with Protogrid, we did a return on investment analysis. The aim was to optimise the order workflow in sales. The assumption was that 50 users would process 5 cases per day, which would save you 5 minutes per case with the new solution. These 5 minutes per case are even very tightly calculated: Here an address from the address directory search, there a Mail search, then finding the current version of a flyer, etc.

However, all these small savings add up to 5208 hours per year. With a value added per employee and hour of 50 Swiss francs, this would correspond to about 260,400 Swiss francs. After deduction of operating costs, there is still a considerable net profit of CHF 257,777. Amazing how productivity can only be increased by introducing a small, useful application, isn't it? With a low-code typical development price of CHF 7,737, the ROI is 0.03 years, i.e. 0.36 months, or less than 11 days. After less than 2 weeks, the investment has already amortized and you start saving. Do you remember what they worked on the week before last?

Are you interested and would like to know which savings are possible with low-code in your company? Then contact us today and we will analyze the potential together.

Protogrid is completely free for up to two users with any number of applications.